WHMIS stands for Workplace Hazardous Materials Information System. It is a nationwide system to provide information on hazardous materials used in the workplace. WHMIS affects workers, employers, suppliers, and regulators. Nova Scotia’s WHMIS Regulations place duties at any workplace covered by the Occupational Health and Safety Act where hazardous materials are used, stored, or handled.

WHMIS uses classifications, or classes, to group chemicals with similar properties or hazards. The Controlled Products Regulations specifies the criteria used to place materials within each classification. There are six (6) classes although several classes have divisions or subdivisions.

Cylinders store compressed gases under pressure. Because gas leaking from a cylinder, a value or a regulator can cause injury or damage, WHMIS treats all compressed gases as controlled products. Gases which are also flammable, toxic or have other hazardous properties will also be found in other classes. 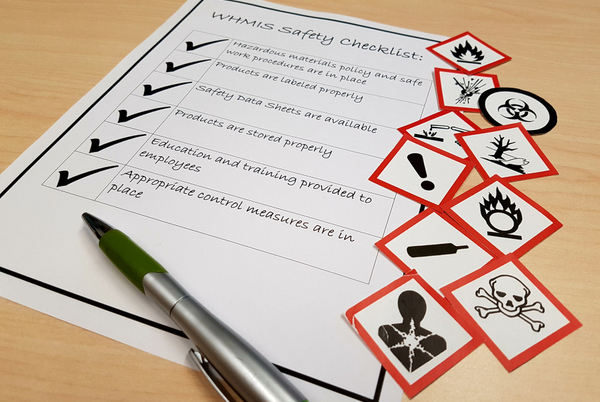 HTML is the standard markup language for creating Web pages.

Sir Tim Berners Lee arriving at the Guildhall to receive the Honorary Freedom of the City of London. Photo credit: Paul Clark https://www.wikidata.org/wiki/Q20202034

In 1980, physicist Tim Berners-Lee, a contractor at CERN, proposed a system for CERN researchers to use and share documents. In 1989, Berners-Lee wrote a memo proposing an Internet-based hypertext system. Berners-Lee specified HTML and wrote the browser and server software in late 1990. The first publicly available description of HTML was a document called "HTML Tags", first mentioned on the Internet by Tim Berners-Lee in late 1991. It describes 18 elements comprising the initial, relatively simple design of HTML. Except for the hyperlink tag, these were strongly influenced by SGMLguid, an in-house Standard Generalized Markup Language (SGML)-based documentation format at CERN. Eleven of these elements still exist in HTML 4.

What is an HTML Element?

An HTML element is defined by a start tag, some content, and an end tag:

The HTML element is everything from the start tag to the end tag:

Note: Some HTML elements have no content (like the
element). These elements are called empty elements. Empty elements do not have an end tag!

The purpose of a web browser (Chrome, Edge, Firefox, Safari) is to read HTML documents and display them correctly.

A browser does not display the HTML tags, but uses them to determine how to display the document:

Screenshot of a web browser displaying a basic html webpage.

Below is a visualization of an HTML page structure:

Since the early days of the World Wide Web, there have been many versions of HTML: 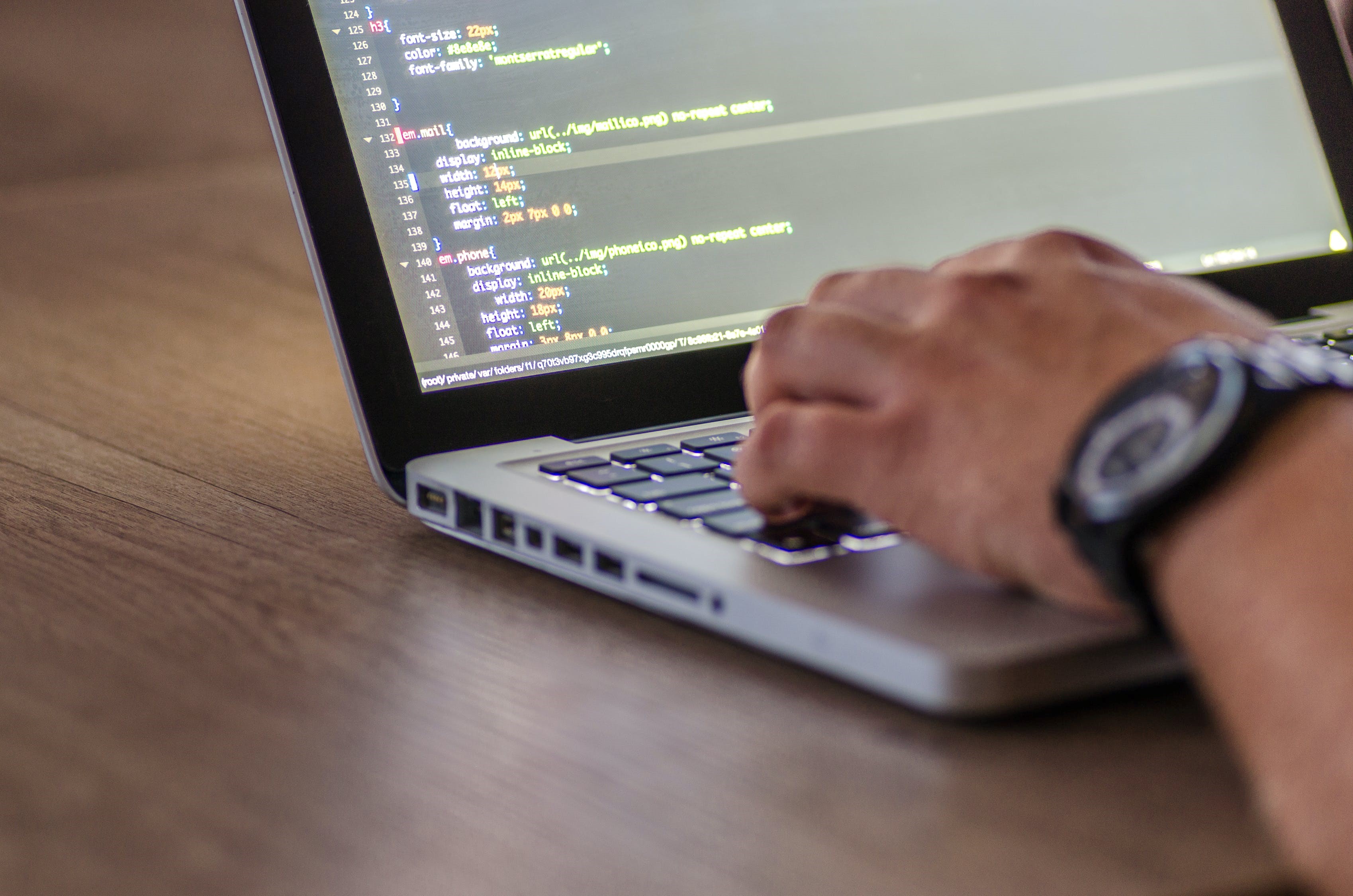 In this first week we have a number of topics to cover, including:

Please ensure that you have prepared the following prior to our second class in week 1:

So you want to be a Web Developer?

The History of the Internet

As you might expect for a technology so expansive and ever-changing, it is impossible to credit the invention of the internet to a single person. The internet was the work of dozens of pioneering scientists, programmers and engineers who each developed new features and technologies that eventually merged to become the “information superhighway” we know today.

Long before the technology existed to actually build the internet, many scientists had already anticipated the existence of worldwide networks of information. Nikola Tesla toyed with the idea of a “world wireless system” in the early 1900s, and visionary thinkers like Paul Otlet and Vannevar Bush conceived of mechanized, searchable storage systems of books and media in the 1930s and 1940s.

Still, the first practical schematics for the internet would not arrive until the early 1960s, when MIT’s J.C.R. Licklider popularized the idea of an “Intergalactic Network” of computers. Shortly thereafter, computer scientists developed the concept of “packet switching,” a method for effectively transmitting electronic data that would later become one of the major building blocks of the internet.

The first workable prototype of the Internet came in the late 1960s with the creation of ARPANET, or the Advanced Research Projects Agency Network. Originally funded by the U.S. Department of Defense, ARPANET used packet switching to allow multiple computers to communicate on a single network.

On October 29, 1969, ARPAnet delivered its first message: a “node-to-node” communication from one computer to another. (The first computer was located in a research lab at UCLA and the second was at Stanford; each one was the size of a small house.) The message—“LOGIN”—was short and simple, but it crashed the fledgling ARPA network anyway: The Stanford computer only received the note’s first two letters.

Symbolic representation of the Arpanet as of September 1974.

The technology continued to grow in the 1970s after scientists Robert Kahn and Vinton Cerf developed Transmission Control Protocol and Internet Protocol, or TCP/IP, a communications model that set standards for how data could be transmitted between multiple networks.

ARPANET adopted TCP/IP on January 1, 1983, and from there researchers began to assemble the “network of networks” that became the modern Internet. The online world then took on a more recognizable form in 1990, when computer scientist Tim Berners-Lee invented the World Wide Web. While it’s often confused with the internet itself, the web is actually just the most common means of accessing data online in the form of websites and hyperlinks.

The web helped popularize the internet among the public, and served as a crucial step in developing the vast trove of information that most of us now access on a daily basis. 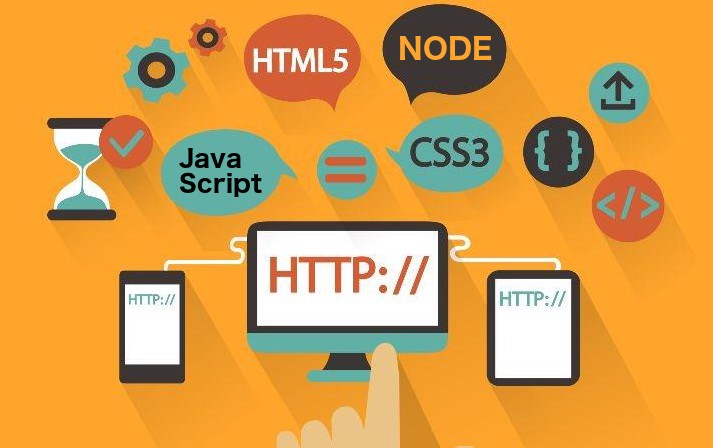